Choosing the "wrong" position - for the remote.

Saturday i did a "self assignment" att a youth hockey game.
Where i "challenged myself". For the first half of the game i used a 400mm lens + the "roof remote". For the second half of the game. I only used the remote.
Now, there was in total 4 goals in the game. All in the "wrong" goal, which was not covered by my remote.
From a journalistic perspective. The last picture, where the winning team celebrates their victory, would work.
Other than that. I used a different setup than the last time i used a remote. This time i covered a smaller part of the ice.
Instead of using 70mm on a 1D mkIV (equal of 88mm on a "full frame"). I used 102 mm on a 1Dx.
(So now im planing on bying a 85/1,8 lens for my 1D mkIV. Equal to 106mm on a "full frame").

And as you can see, i couldn't resist to crop my images in a "Instagram style". 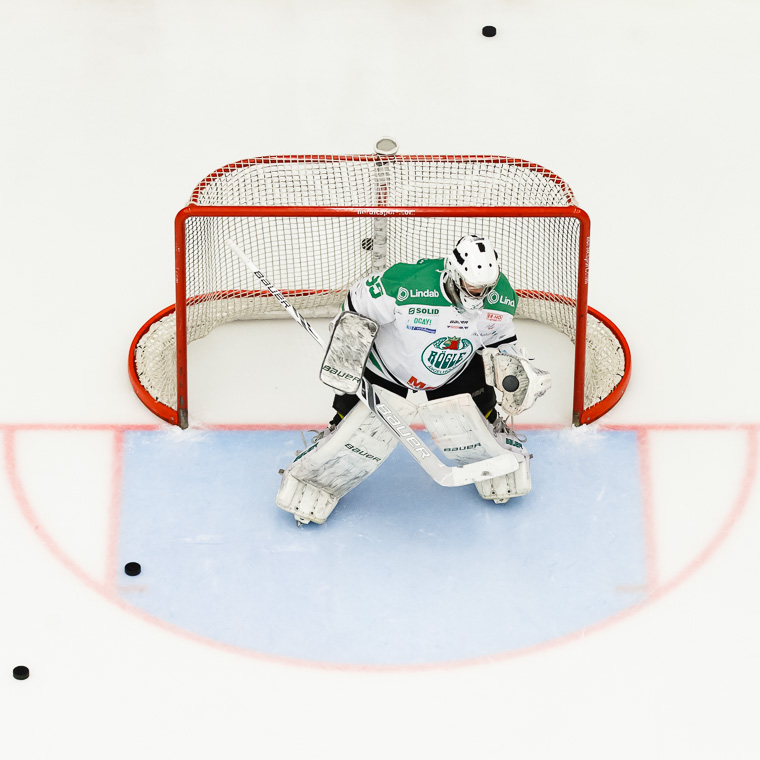 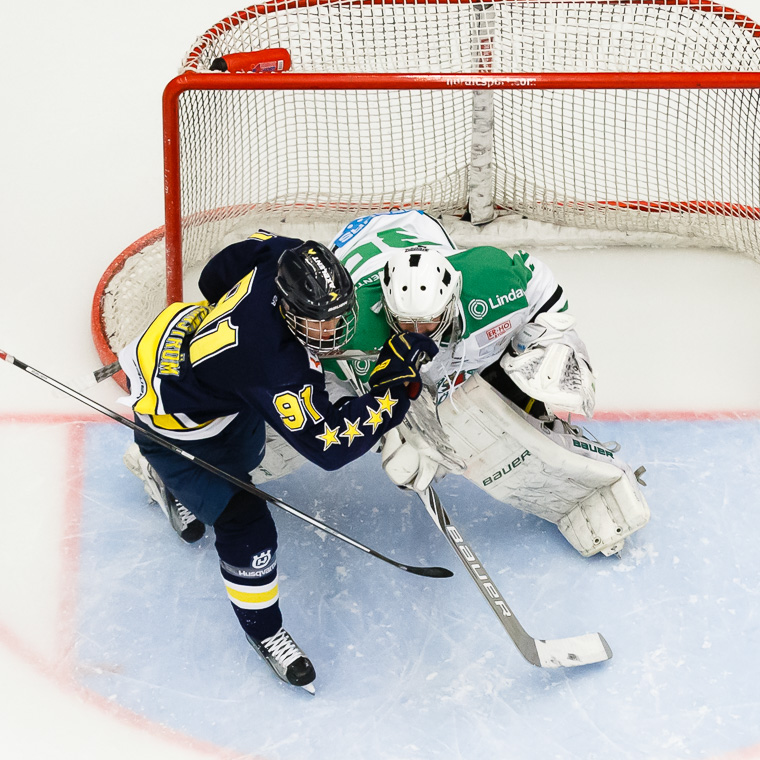 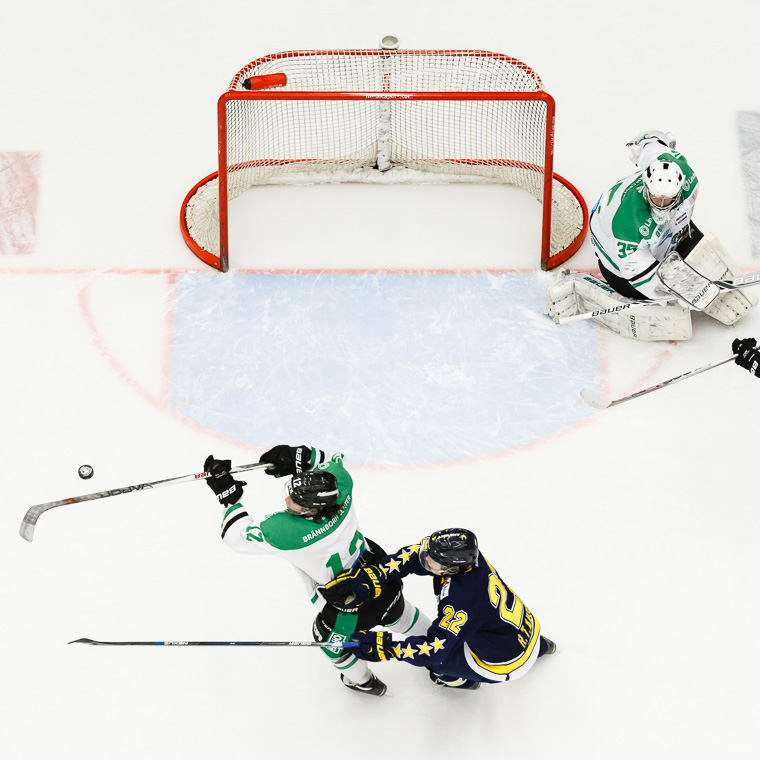 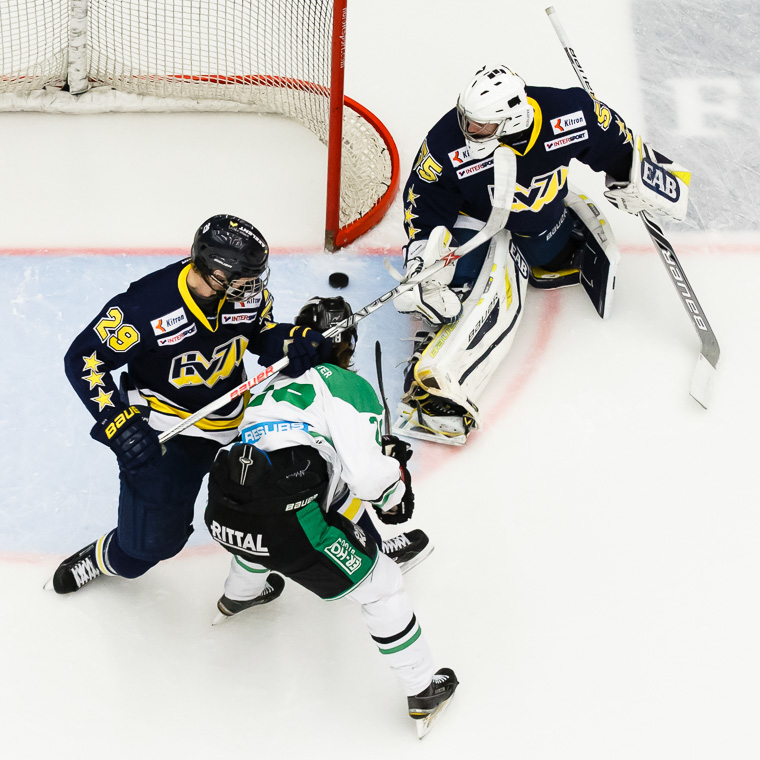 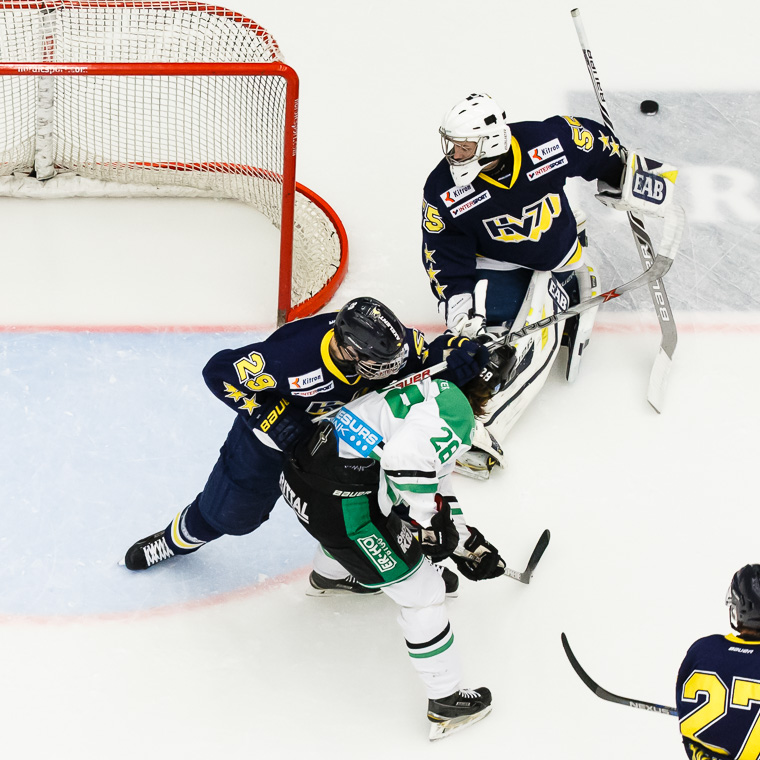 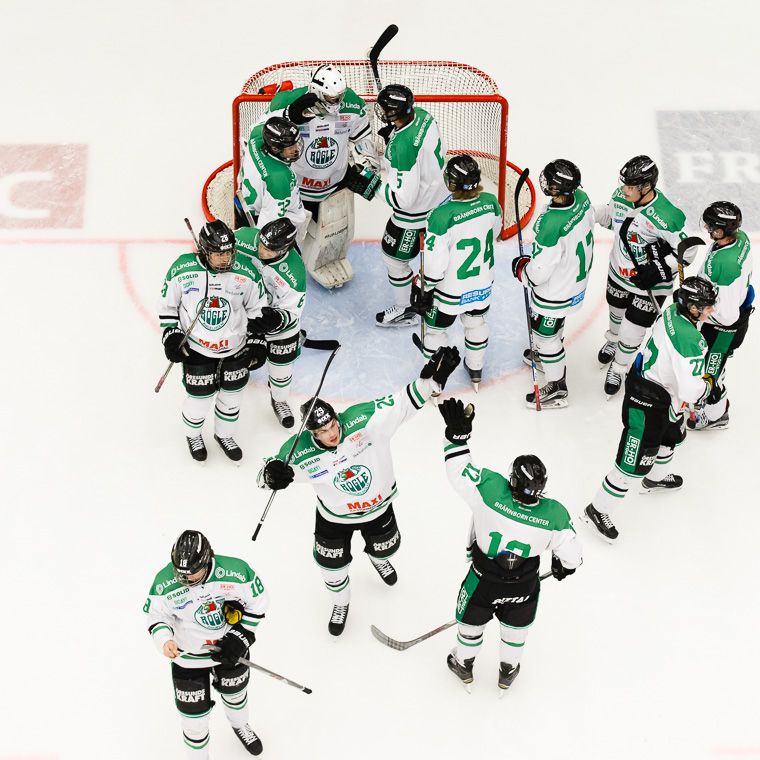