Updated with some information about American Football in Sweden.

The reportage is done following Jönköping Spartans during their first season, 2014.
It was founded in 2013.

Sweden, which have a population of 9,517 million.
Have 43 American football Clubs.
33 Senior teams. (Of which 5 are teams for women).
And 31 junior teams.
The sport are still small in Sweden, but the interest for it are growing fast.

Back in the days (in the beginning of the 90's). I bought my first SLR. A Konica FC-1.
I learnt how to develop B/W film and how to makes copies in the darkroom.
For most of the time i shoot with Kodak TRI-X and TMAX film.
Copying to Ilford multigrade paper.

Last year i went to a workshop about sports photo reportage.
The reason was to challenge myself to learn something new.
The workshop with Jonas Lindqvist and Lars Dareberg was a great experience.

I decided to go back to my roots by converting the photos to B/W, and at the same time to do something that i am not so familiar with. Also to do it working different from what i usually do.

Since American Football are quite unusuall in Sweden. I did hardly not know nothing about it. And out of the reason that there is a new club for "Football" in Jönköping. Jönköping Spartans. I decided to do some kind of reportage about this.

Since i usually shoot sports with long glass. And to challenge myself even more. I decided to shoot as much as possible with my 17-40 zoom.
All photos below is shoot with a 1Dx and the 17-40 with focal lengths between 17-27 mm.

This is version 1.0 of the reportage.
I have fallen in love with the sport. And will for sure shoot it as much as possible.
And the plan is to update the reportage in the future.
All photos taken during outdoor practices in the area of Rocksjön, Jönköping. 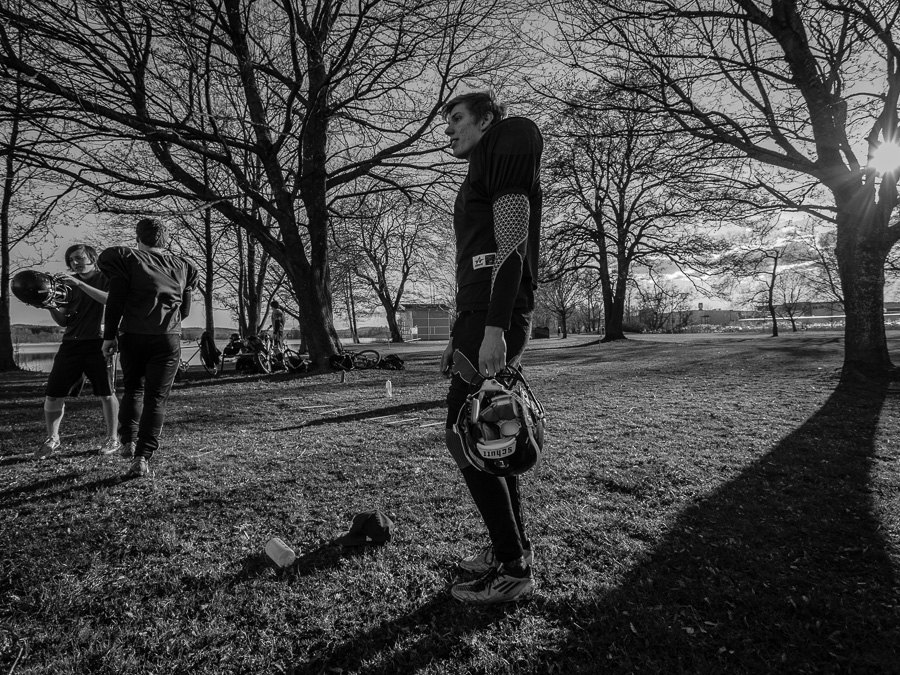 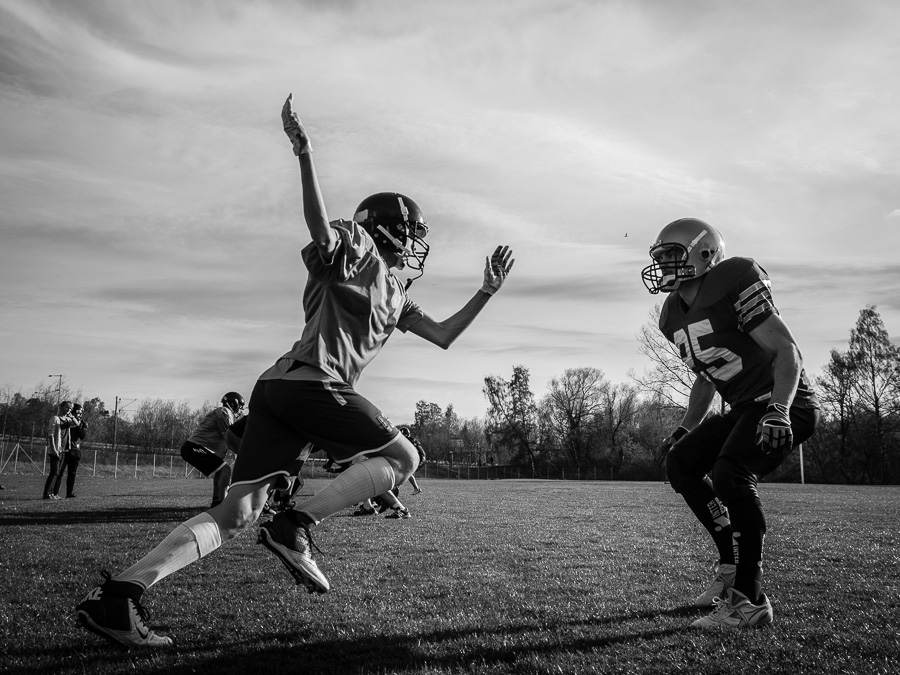 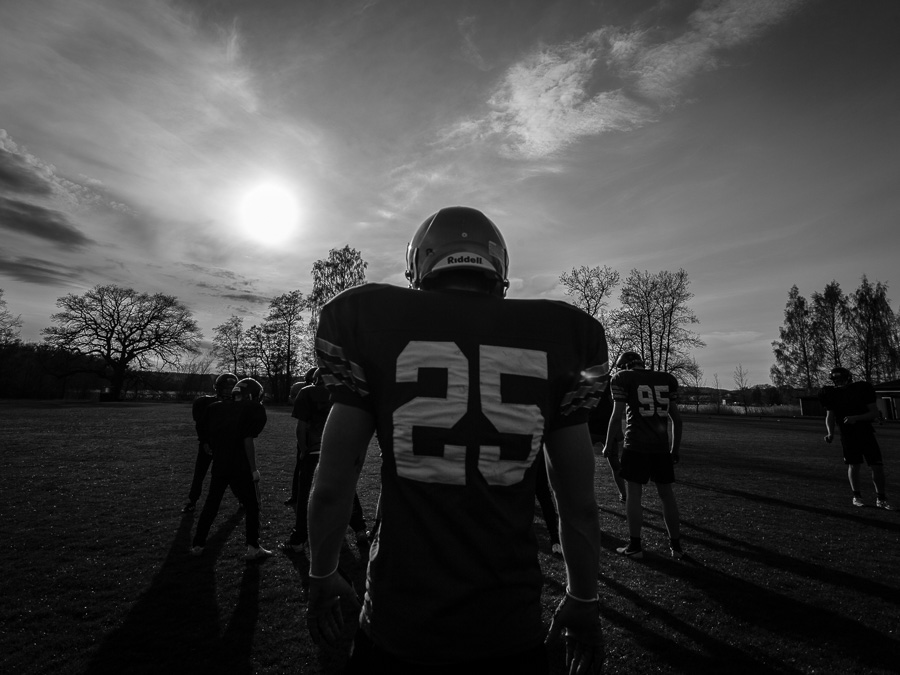 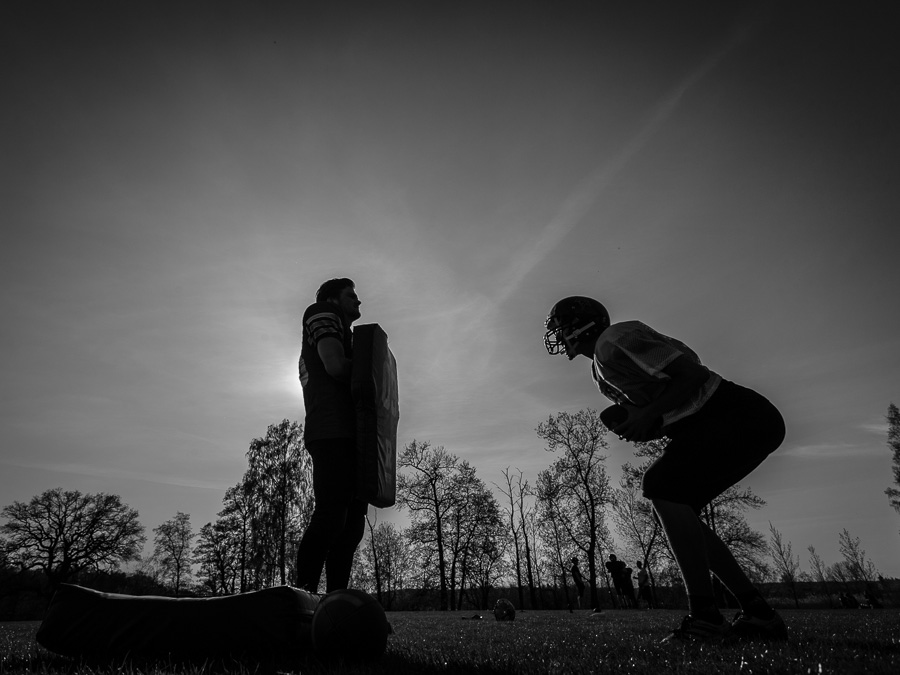 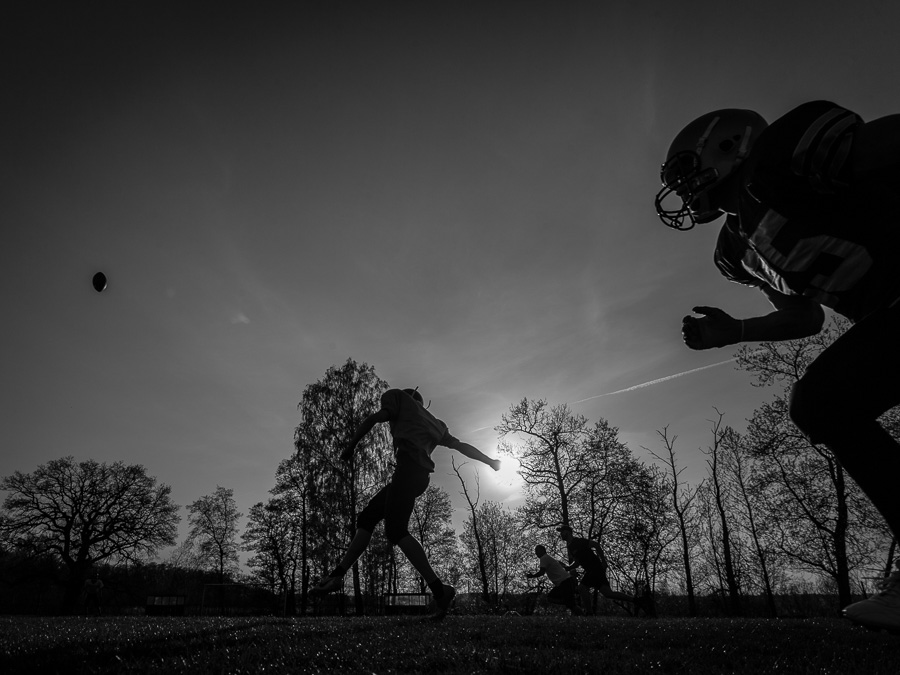 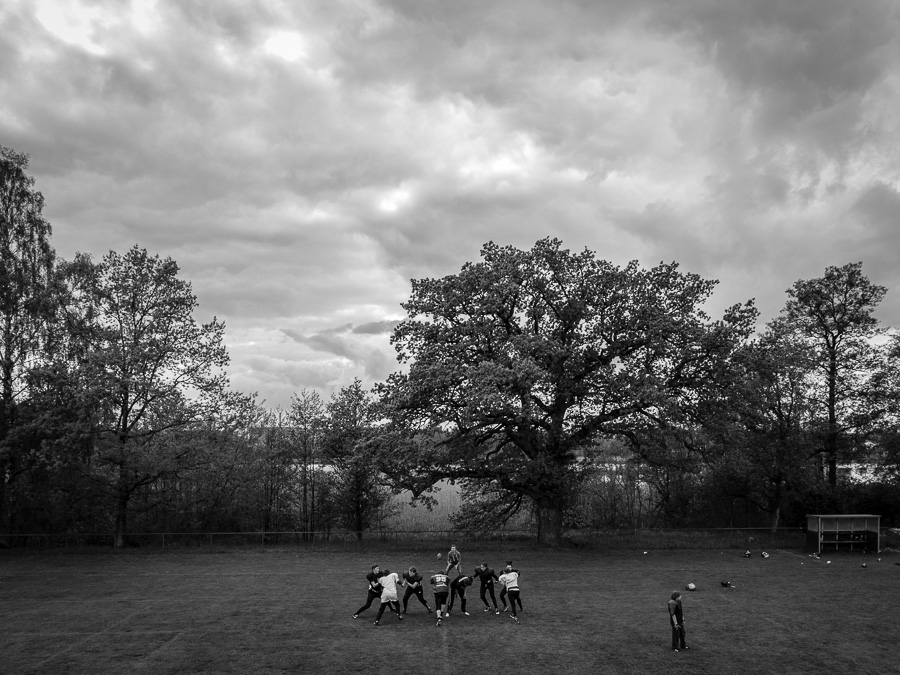