At my last soccer job, i had a whole lot of competition.
That´s one of the things that comes with shooting big events like a quarter final in UEFA Women´s Euro.
If i counted it right there was at least 4 competing "wired agency's", with at least 6 photographers.

This means that the major newspapers get a lot of images from key situations in games like this.
So in order to get a image published, it needs to stand out enough from the others.

When choosing position, it´s a whole lot about anticipating what will happen in the game. Sometime it works good, sometime your "guessing" is really bad.
In order to get a different angle from the other photographers, i choosed a position at the "long side" while the most photographers chose the "short side".

This time my choice of position paid of really well.
I had the perfect angle when Denmark made their first goal.
Since Denmark was told to have no chance to win this game, but did just that. (after deciding the game with penalty shoots after both full time and overtime had been played).

The Swedish newspapers made a quite big thing about this game.
And Expressen, on of the major national newspaper published one of my pictures. 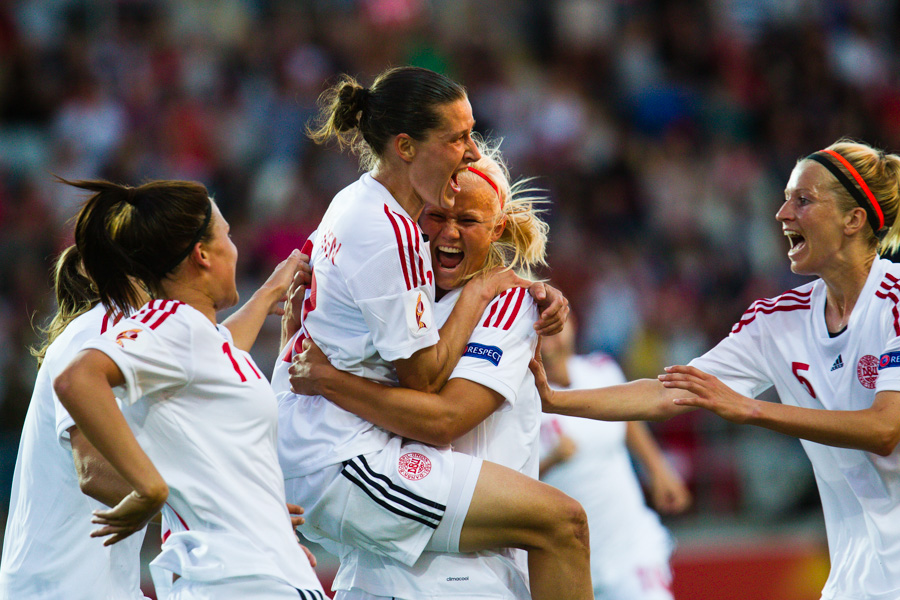 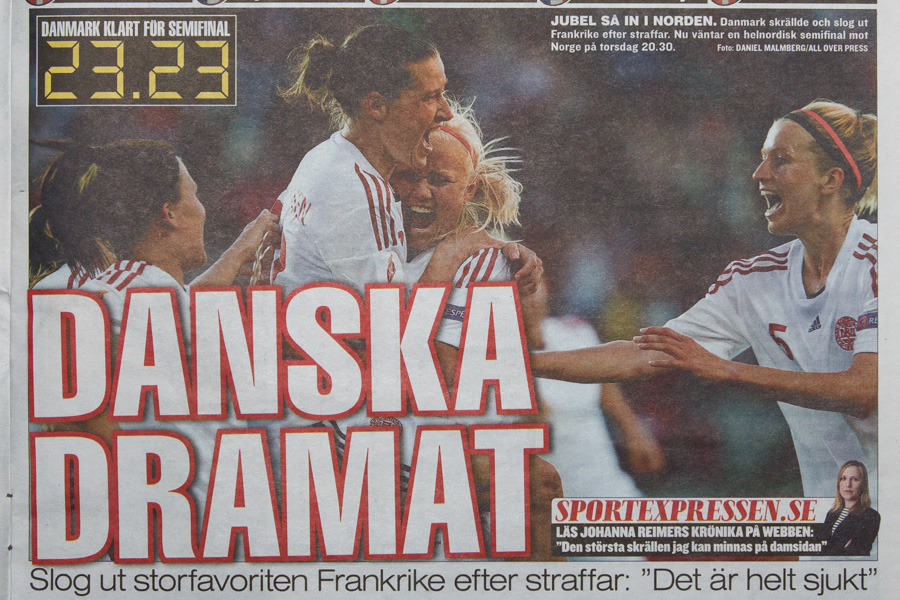