The referee thought i made i good save.


When you are photographing sports. It´s important to attentive on what´s going on. And to not look away from the game.
That´s maybe even more important when you are photographing ice hockey.
When shooting hockey. I´ve been using a hockey helmet for several years. Since i also need to wear glasses. Last year i bought prescription glasses, where the "glass" are a special kind of plastic. The kind that are used in protective glasses.
So that, if the puck hits my glasses. They will not end up shattered into pieces. Getting shattered pieces of glass or plastic in the eyes i something i do not want to experience for sure.

About my helmet. It had a couple of pucks hitting it. And also a couple of hockey sticks. One of them with great power.
So far, so good. 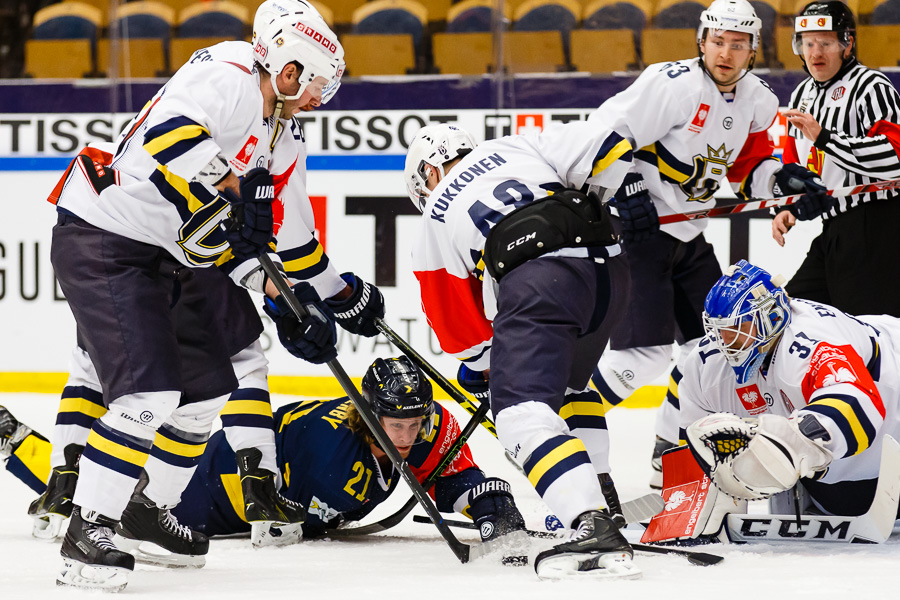 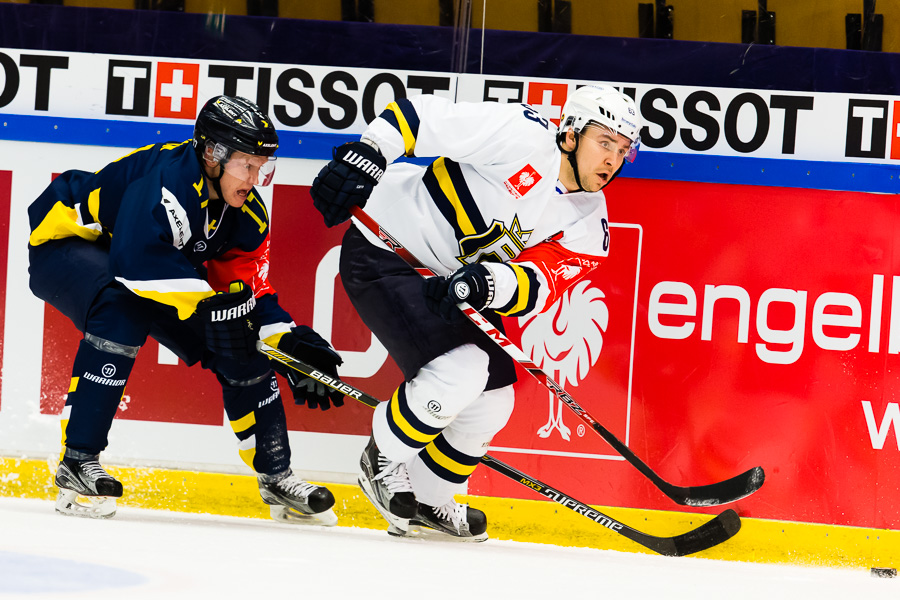 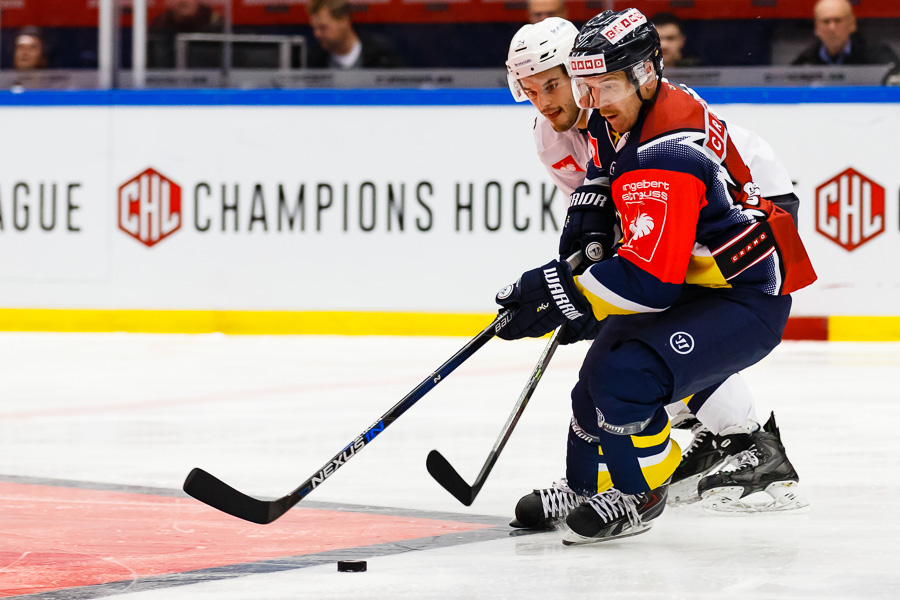 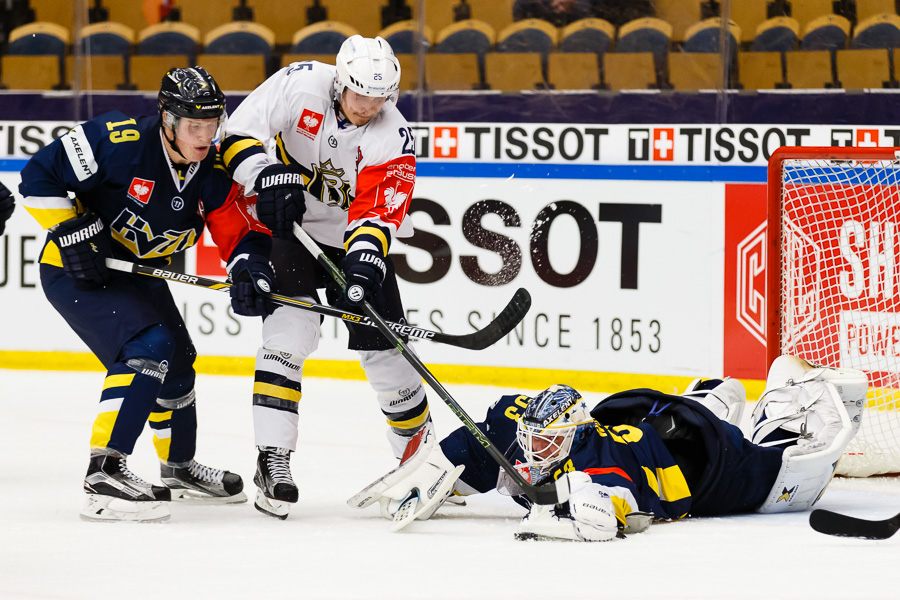 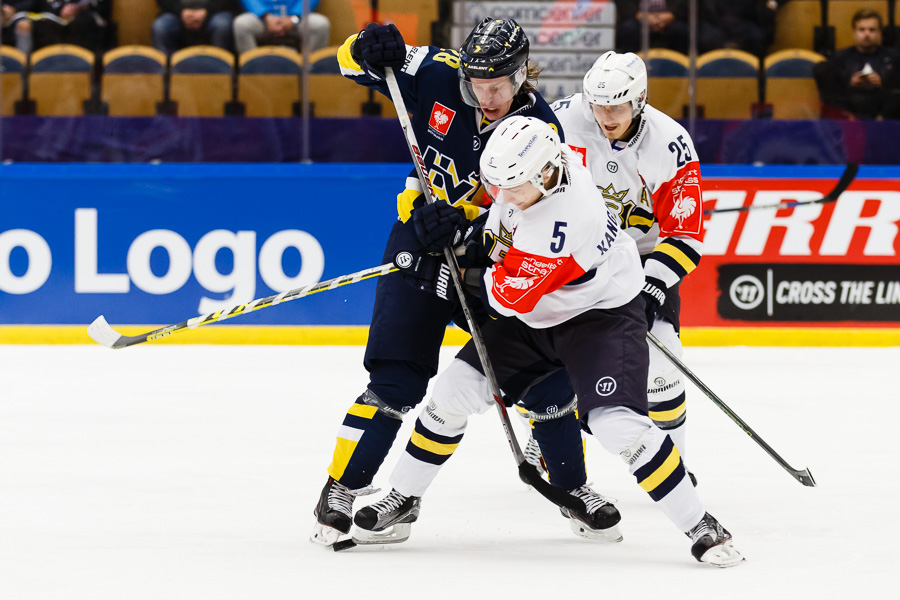 Last hockey game. I had a colleague in the "photo both".
And due to him, i didn´t se that there was a puck that was shoot "out of bounce".
That puck first hit my lens hood. That was shattered to pieces.
Hard enough for the sound of it to be heard all over the arena.
And then went up to hit the helmet of my colleague. 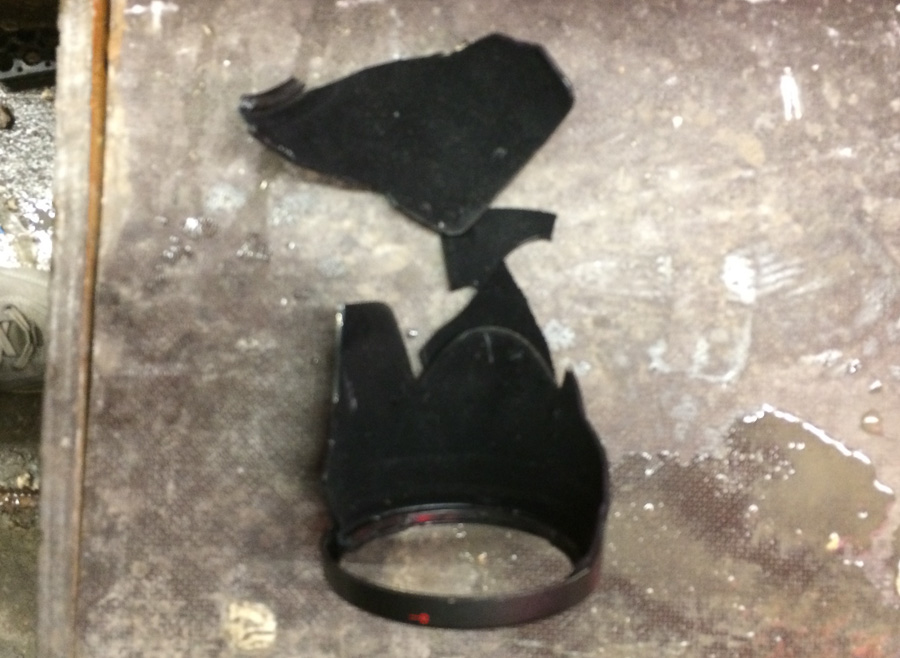 In a few seconds, several players was gathered in front of me and my colleague, as well as the referees.
First of all to check that there was no injuries. (And to find the puck as well).
To insure the referees that i was just fine. I made the "thumb up".
After doing so, one of the reefs told me that i made a good save.
(Also, my lens, A Canon 70-200/2,8 IS II USM, is still working just fine).

I do hope that this story from real life. Gives you a little smile.
But most of all. To all of my fellow sport photographers around the world. Take care.

Well, i did also get on national TV. (More exactly this was only sent on a streaming service from the Swedish television company SVT). 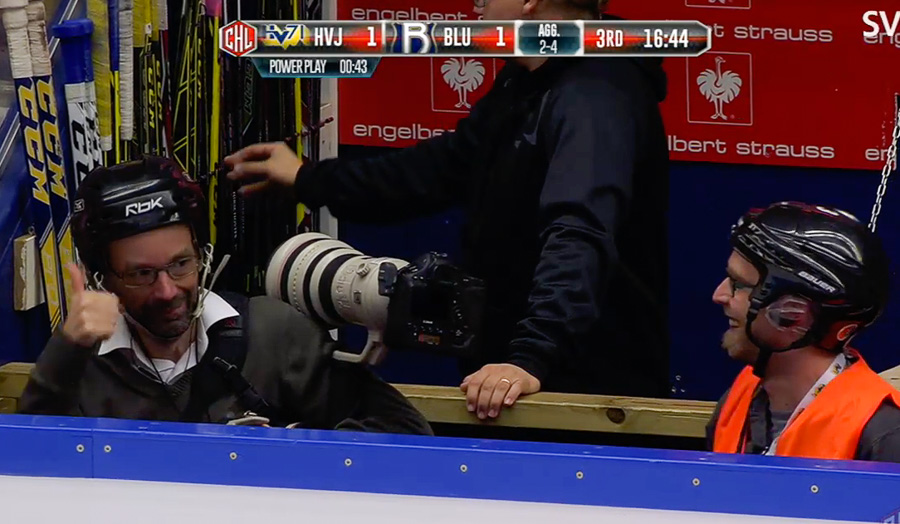